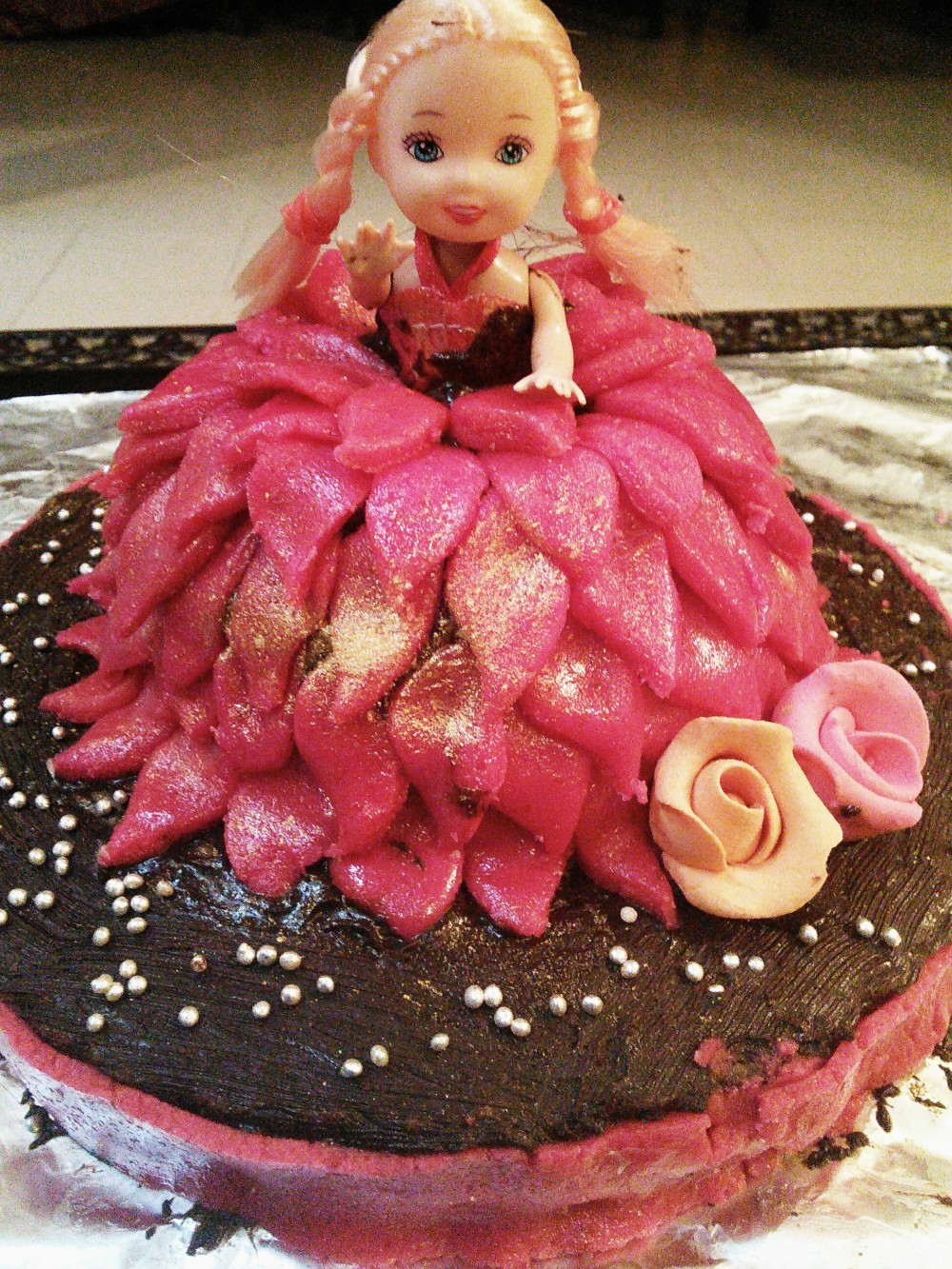 We made two  Princess’ Cakes for Fiesta Friday 38

Aeons ago I had posted  Princess Cake on this blog. Those were the days , I hadn’t known about  Fiesta Friday. So, this week me and my daughter thought of making two little princess’ cakes fresh and bring them over to the party. The entire process is the same. Just that this time we made two which we both decorated individually. FF 38 is hosted by the beautiful Angie as always. And this week , like the previous one she is joined by two awesome blogger friends Hilda and Julianna  . Come on every one, join me at The Novice Gardener’s  where fun never stops  ❤

Come Summer and it’s time for school vacations. My daughter wanted to do something exciting, besides learning Spanish that is. All the Masterchef shows and Ultimate Cake Off episodes she had been watching must have excited her, when one fine day she told me she wanted to make a cake which resembles a princess. All she had ever baked was cupcakes, but the excitement in her tone not only made me give her the permission but also gladly become her assistant. Honestly, even I had never ever made a ganache or a fondant. But I loved taking up the challenge. Thus started our journey into making the Princess cake. I named it the princess Cake not because it resembles a princess but because it is the hard work of my little princess.

Both of us knew how to make plain cakes and butter frosting but my daughter wanted to do a chocolate ganache icing and we had to learn that first. That part was easy. The tougher part was making the fondant and coloring it. When we were confident enough, we donned our aprons and the caps , armed ourselves with baking weapons and marched into the kingdom (spell kitchen)with a single goal in our minds ‘ CAPTURING THE PRINCESS ‘ 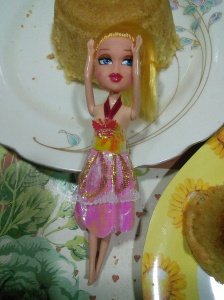 It would be preferable to choose a plastic doll with plastic clothes so that none of her accessories would fall into the cake. But we couldn’t find one. So had to make do with this one by taping her clothes tightly. 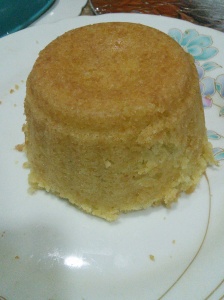 We made a hole in the center of both the cup cakes and slipped the doll into it. To avoid her swaying my daughter slipped in some M&Ms/Cadbury gems to fill the gaps.

Next we baked a round vanilla cake for the base.

My daughter made the chocolate ganache icing all by herself. It was easy so I let her do that alone. I will be posting the recipe soon . You can use Butter cream frosting too, but I vouch by this one. The fondant sticks beautifully on this.

Now comes the toughest part, that of conquering the fondant. I just watched while my daughter did the most messy bit of work. First she with the air of a seasoned baker made the fondant without the marshmallows (recipe will follow soon), colored more than half of it and rolled it out. I like a humble assistant cut out leaf shapes with the help of a leaf cutter.

Then came the assembling part. We placed the dolled cupcakes on the base cake and covered it  and the base cake with the ganache. Then we started sticking the fondant leaves starting from the bottom of the cupcakes to the top. The leaves stuck beautifully as we worked our way up. make sure the ganache doesn’t dry up. but if it does put a fresh layer.  Our imagination was finally taking shape.We sprayed some edible gold dust on the dress to give a final royal touch to the dress. The base cake was decorated by making some leaves and flowers out of the white fondant we had saved and sprayed them with some edible colors. We could have done better but this was the first time, so the sloppiness could be excused I think.

But on the whole, it was a beautiful experience which we will both cherish for a lifetime…….

LO and Behold! The Princess was ours…..