Hyderabad fondly known as the ‘Pearl City’ is an enchanting land of heritage monuments,forts,palaces, lakes, museums, gardens, software parks and more importantly a delectable cuisine fit for the kings. The once princely state was a kingdom of the wealthy and powerful Qutubshahi and Asafjahi rulers. The relics of their glorious rule can still be seen all over the city.

We recently had a chance to visit the beautiful Falaknuma Palace where one of my close relatives got engaged in true royal style. Falaknuma which means ‘like the sky’ is a grand palace built by the Prime minister of Hyderabad Viqar Ul Umra between 1884 and 1893. It was built in the shape of a scorpion with two stings and is a rare  blend of Italian and Tudor architecture. The palace which was the Prime minister’s dream project was used as his private residence until in 1897,he decided to extend an invitation to the then ruler of Hyderabad, Mehboob Ali Pasha Nizam VI. The ruler liked it so much that he stayed there for almost a month. The Prime minister had to offer the palace to the ruler as a gift. But the Nizam was a grand man and he paid a huge amount for the palace and bought it.The palace remained as the private property of the Nizam family, and was opened to the public,not until 2000.

The state reception room is one of the palace highlights where the ceiling is decorated with frescoes and gilded reliefs. The ballroom contains a two-ton manually operated organ said to be the only one of its kind in the world.

The Falaknuma Palace also has the largest collection of Venetian chandeliers, with 40 138-arm Osler chandeliers in the halls.

The palace has a huge 108 ft long 101-seat dining hall, considered the largest in the world, and the Durbar Hall, embellished with intricately carved wooden ceilings, parquet flooring, walnut furniture and handcrafted mirrors. And the tableware was made of gold and crystal.

The bride and the groom arrived in royal style in a  horse drawn carriage.And when everything was so ornate and opulent,how could the food be left behind.The grandeur of the elaborate spread was borrowed from the days of the legendary Nizami feasts.The dinner   in the stunning Durbar hall bedecked with Belgian chandeliers was served with utmost care and  carried with it the sumptuousness and royal splendor of the bygone era.

Our dinner menu was neatly rolled up and placed on individual plates,so that we knew what was being served and what was coming up next. If you can see on the menu there is a course named ‘Waqfa’ which means a pause or interval between something. We were served Strawberry and lemon sorbet as a palate cleanser in this course.

A palate cleanser is mainly served for the purpose of clearing the taste buds of one taste from a previous food to prepare for a new one. Sorbets are considered as the traditional palate cleansers because of their tart and clean flavors.

The whole experience was mesmerizing and enchanting. We felt no less than royalty.After coming back home I tried to make the Strawberry Sorbet at home which was quite close to the one we had at the palace. 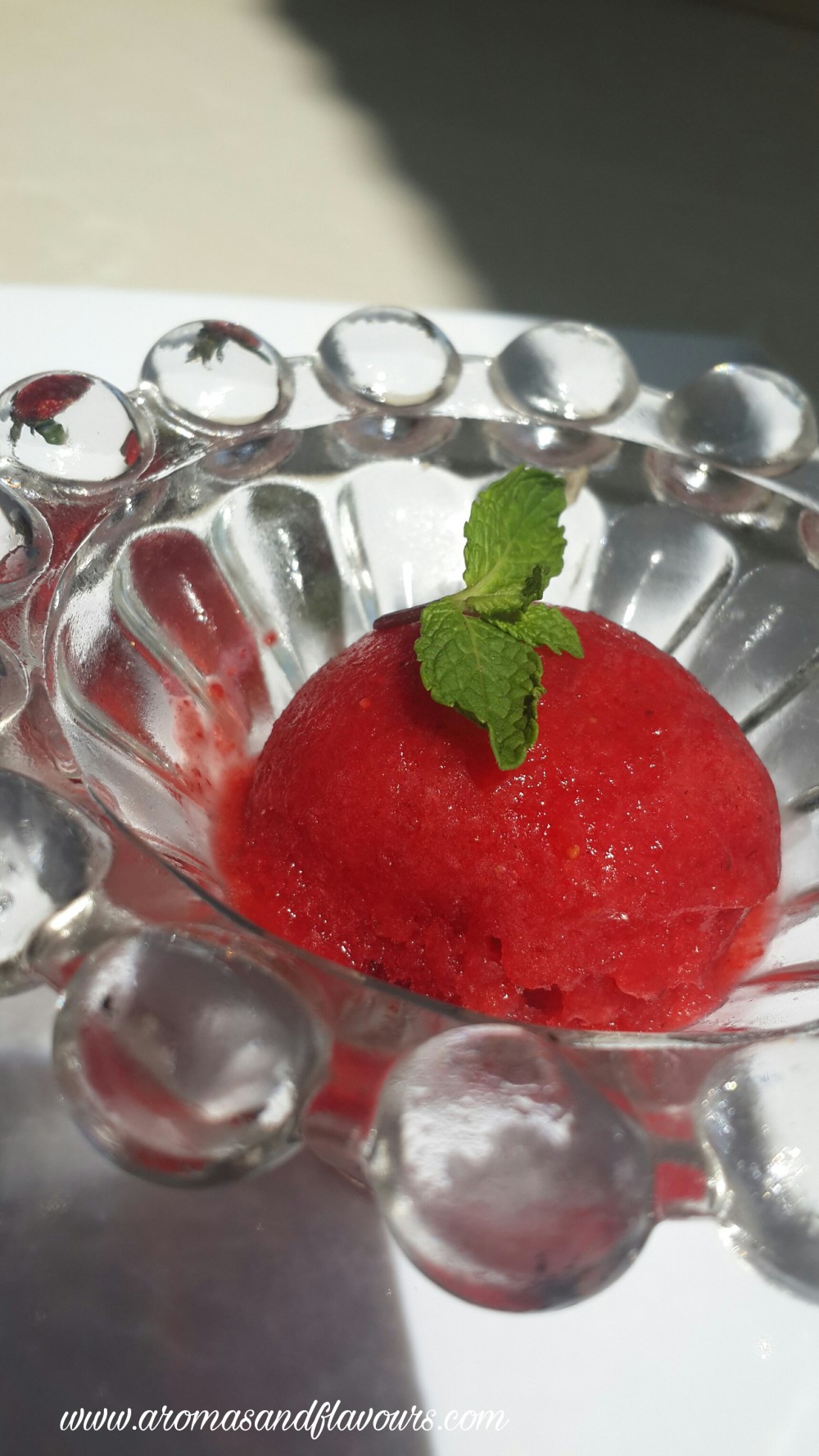 You can make it in an ice cream maker or simply freeze it in a shallow container. 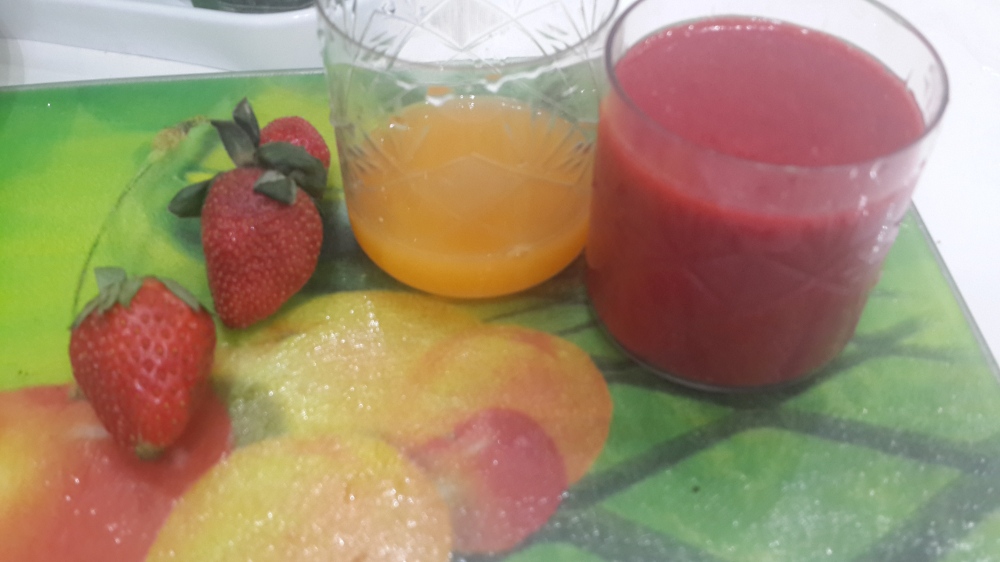 Put the water and sugar in a saucepan and bring to a boil. Keep stirring and cook for 5 minutes.

Blend the strawberry puree,orange and lemon juices with the sugar syrup. Cover and cool in the refrigerator for a couple of hours.

Now either churn it in an ice cream maker or if you don’t have one, simply place it in an airtight food grade plastic container and freeze it. Stir it every hour for at least six hours for a smooth texture.

Enjoy this delicious sorbet as a palate cleanser between different courses of a meal or simply as a dessert.